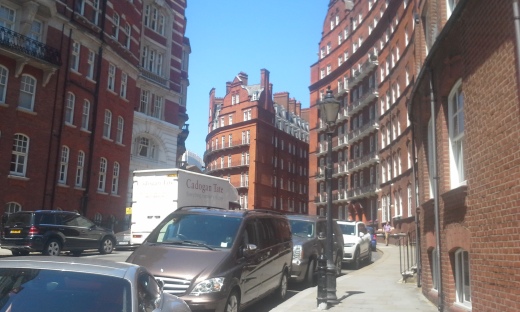 I regret to report that my streak of consecutive World Cups has ended. I was unable to get tickets to any of the matches in Russia and thought it best not to try to buy game tickets off from the black market there. Of course, ending the streak with Brazil 2014, where I spent a month on vacation for a multiple of both five and ten years birthday is a pretty good final tournament for me.

As a consolation vacation, I’m spending two weeks in London. I watched the Sweden-South Korea over fish and chips at the Hoop & Toy pub near South Kensington station. That was one of the few places where people weren’t taking selfies. I can’t complain too much since I’m also a tourist here but expect no selfies from me.

Unless it’s in a cemetery, of course.

One of the monuments not getting much attention was this statue of the composer Béla Bartók. He would live in one of the flats not far from my hotel when he was performing in London.

After a sleepless seven hour flight and standing in line for two hours to clear customs at Heathrow, I’m done for the day. Normal travel blogging begins tomorrow.

This entry was posted in London 2018 and tagged selfie, travel, world cup. Bookmark the permalink.