For today’s prompt, write a family poem. Good, bad, big, small, adopted, imaginary, nonexistent–everyone has to deal with family (even if that involves running from it or chasing it down). I have a feeling today’s prompt is going to stir up some really good poems. 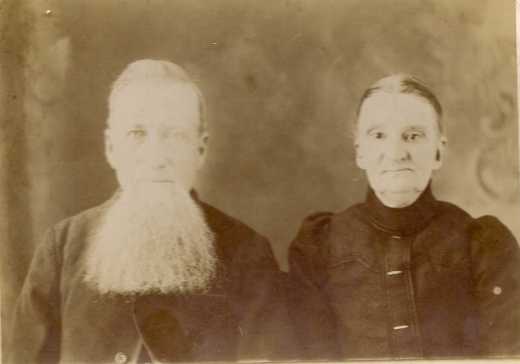 Trying to reassemble a life
from a hundred fifty years away,
I know for sure his name was Elmer
and he thought his father
was William Tolley but I can’t
find a man by that name
in the county or state
and his mother married
another before he could walk.

Why did he live with his grandmother,
who bore his mother out of wedlock,
instead of with his new family
of step brothers and sisters?

I’ve learned from genealogy
that there are some questions
whose answers have been lost.
Some births happen less than nine
months from the wedding,
some fathers unidentified
and some sons unclaimed.

(Note the image above is of William Lloyd and Elizabeth Powers Lloyd, his mother.)

This entry was posted in Poetry and tagged aprpad, family, genealogy. Bookmark the permalink.