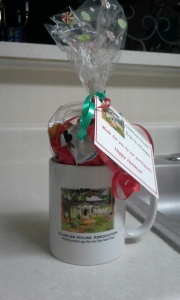 Happy New Year, dear readers. I’ve gotten in the habit of leaving work early on the last Wednesday of each month and visiting the Charles House Center for Community Eldercare. While I’m there, I read poetry and talk about both the words and the poets who wrote them.

I tend to pick a theme for each visit. Sometimes there’s a birthday of a famous poet to celebrate but this most recent Wednesday we celebrated something more obvious, the arriving new year. I read a couple of 19th century new year’s poems by Tennyson and Clare and then we did a deep into Auld Lang Syne which is an even older Scottish song that Robert Burns recorded and expanded. I read both the original in Scots Dialect and translated it into my American dialect.

To conclude each session, we write a poem together. I stand at a dry erase board and have them pitch me lines. It works quite well and we’ve come up with some very nice little poems this way. I’ve shared this month’s result below. Since all the poems I read to them were about saying good-bye to the old year, we decided to write a hopeful poem about our resolutions for 2018.

We make a defiant resolution,
once again, for peace.
We’ll brew a cup o’kindness
to share with our enemies,
open a book of hope
and lend it to our friends,
bake a whole plate of cookies,
just for ourselves
then resolve to lose ten pounds,
once again.

Bartholomew Barker was born and raised in Ohio, studied in Chicago, worked in Connecticut for nearly twenty years before moving to Hillsborough, North Carolina where he makes money as a computer programmer to fund his poetry habit.
View all posts by Bartholomew Barker →
This entry was posted in Poetry and tagged charles house, new year, peace. Bookmark the permalink.

6 Responses to Peace and Ten Pounds