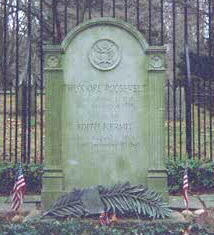 These pictures were taken on my second visit to Oyster Bay. The photos from my first visit never came out only because I gave the partially taken roll of film to my girlfriend of the time and we broke up before they were developed. So it goes…

While I climbed the stairs to the grave site for the second time, my memories of that first visit were fresh as it had occurred just eighteen months earlier. I traveled down to Long Island one Saturday and met two friends who lived nearby. We toured Sagamore Hill, Roosevelt’s opulent home, then attended the grave.

Did I mention that these friends spoke Klingon? 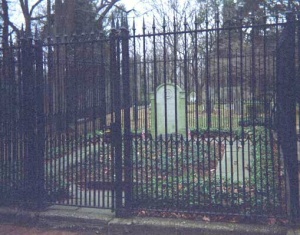 David is one of the most accomplished Klingon speakers on this planet. We enjoyed complete and detailed conversations in the Warrior’s Tongue while wandering TR’s estate.

The more I consider this, the more I believe that Teddy Roosevelt was the most Klingon of all of our Chief Executives. Quite appropriate.