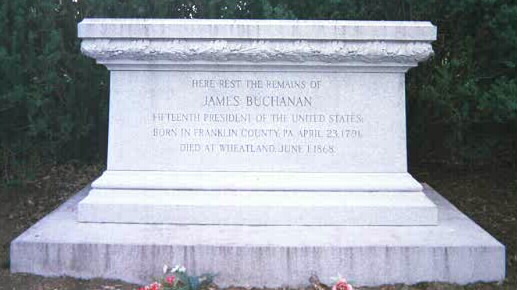 The little old lady at the visitor’s center lead me astray.

I was traveling back to my ancestral home in Ohio and went out of my way to collect the only presidential grave in Pennsylvania, so I wanted to make it as painless as possible. The visitor’s center was convenient and the little old lady was quite earnest, but she was wrong.

James Buchanan is not buried in Old Greenwood Cemetery. He’s in Woodward Hill.

In the summer of 1981, I visited his grave for the first time with my father, brother, a good friend and my first girlfriend. While I didn’t have a clear memory of the tomb’s location in relation to the rest of the cemetery, I did remember what it looked like and the surrounding terrain. So, once I’d driven through Old Greenwood I had an inkling that I was in the wrong place but there was a Buchanan section, and that little old lady surely knew what she was talking about.

After about an hour of driving and walking around the wrong cemetery I looked across the street to Woodward Hill and thought it looked suspicious. So I decided to check it out. And there, on the very street I had driven down to approach Old Greenwood was a sign pointing into Woodward Hill saying “Tomb of James Buchanan, 15th President”.

Never trust anyone over 80. 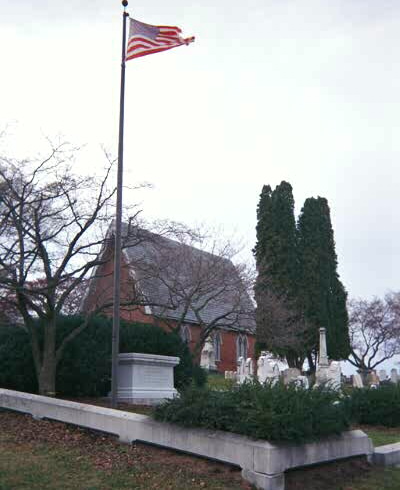 Bartholomew Barker was born and raised in Ohio, studied in Chicago, worked in Connecticut for nearly twenty years before moving to Hillsborough, North Carolina where he makes money as a computer programmer to fund his poetry habit.
View all posts by Bartholomew Barker →
This entry was posted in Dead Presidents and tagged James Buchanan, Woodward Hill. Bookmark the permalink.